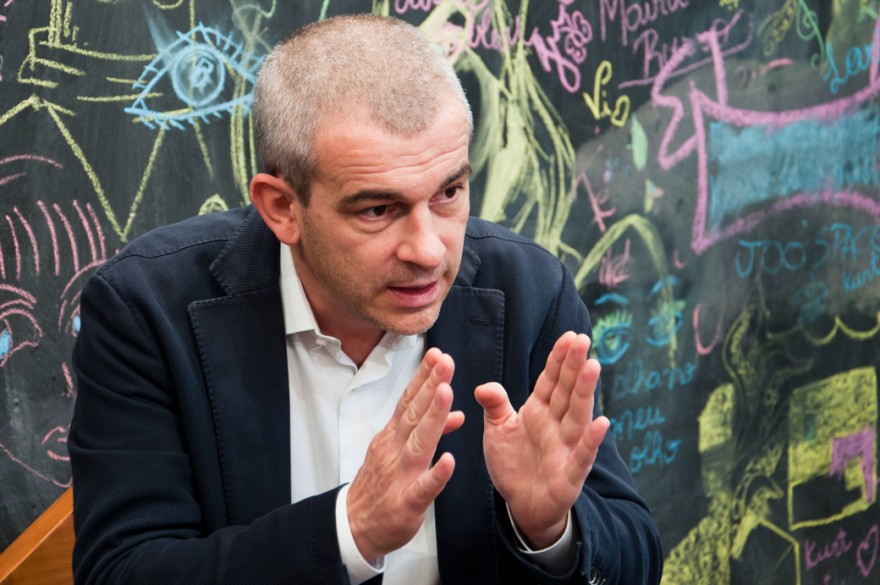 Interview to the Architect Marco Capellini

You say that ecodesign is not a trend but an industrial problem and necessity, why?
Historically, environmental considerations have not been integrated in the product life-cycle. But these days doing so is not a matter of conscience, it’s a matter of economics and of legislation.
First of all, some materials prices (such as petrol by products) are rising, and in order not to transfer those higher costs to consumers, companies have to reduce the amount or replace those materials.
Take some bottled water companies: they are saying they have reduced the packaging of their beverage for the environment, but surely they have done so because the price of plastic went up.
Then you have the various legislations that are regulating production, especially in Europe. Countries are setting carbon limits and they are talking about extended responsibility, which means companies are responsible not only for producing, but for thinking how goods will be disposed at the end of their life.
In the 1960s, environmental problems were associated to governments and nature, but now they are more and more related to industrial processes.

What do you think has been the main change in the field of ecodesign in the last years?
The raise on the price of raw materials, which is encouraging companies and designers to look for alternative materials with lower costs. There’s also the introduction of the ‘strategies’ concept. Now ecodesign has different ‘goals’ according to designers and companies interests: it can be to reduce energy, recycle, reuse, among others.

What’s the challenge for the near future?
Ecodesign is an old word; in the future all design will have environmental, social and quality considerations. On the other hand, companies have a great task in communicating their efforts in the right way. The consumer is more informed and wants to know the whole story of the product, from the materials that were used to who assembled it and in which conditions, and people don’t stand greenwashing.

You are familiar with Latin American green design, what do you think is its main difference with eco products from Europe?
Latin America is less developed in the subject but designers are applying the things they learn a lot faster than we did.
Regarding products, in Europe we are working a lot with recycled materials, whereas in Latin America there’s more attention to reuse. But I’m very happy to be here in Buenos Aires and to be connected with South American designers because the creativity here is awesome; you can create beautiful things with very simple but clever ideas.

Macef Sustainable Home: video of the exhibition
From Ecodesign to Design for Sustainability